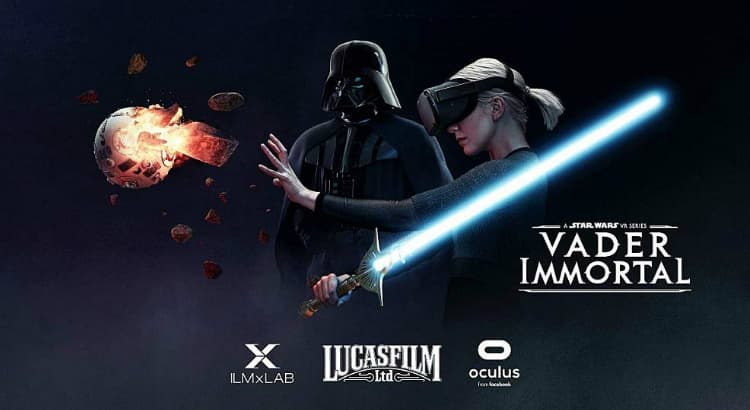 “Trying to get into the VR world without spending much on computer hardware components? Or are you simply looking for a VR headset that’d run excellently on your PC without additional cost?”

Featuring high-tech controllers, great visibility and resolution, and excellent tracking, it is a breath of fresh air to VR. The best part is it is completely wireless. Yes, it’s a farewell to messy tangling cables.

Oculus 301-00170-01 VR gaming headset is an all-in-one VR set. This simply means you do not need to have a game console for it to work. You don’t even need a PC. It works perfectly on its own, eliminating the need for more hardware. You also get to save money. How nice?

In addition to that, its price falls into the same range as most VRs that require PCs and Consoles. So, you do not only get an amazing gaming experience, but you also get to save money. How nice?

Still in doubt? That’s alright; you’ll be convinced after exploring the wide range of benefits it offers. Keep reading.

In Oculus 301-00170-01 gaming headset, technology meets with convenience and affordability to produce an excellent device.

It is a fully independent VR set that does not require any console or PC. Everything you need to set this up and running is in the box (except your phone, lol). Imagine having all you need to explore VR i9n one box. Sounds great, right?

Setting up is also straightforward. All you need is to set up the device using the Oculus mobile app (downloaded on your phone), and you’re good to go.

Yes, it is fully wireless. No cords, no cables, no ports, just headset and controllers. With this product, Oculus completely eliminates the issue of tangling wires that’s common with most VRs while gaming. It also gives you the freedom to move in every direction easily. Your movement is not limited by the length of a cable or the fear of tripping over a cable.

It comes with an in-built battery that can last for 2 to 4 hours on a single charge. The length of battery life is determined by the type of game you’re playing. The USB Type-C cable is long enough, though, to enable you to charge during use. Bear in mind that charging during use will limit your freedom of movement.

Oculus Touch Controllers are very advanced. It tracks thumb movements with little to no delay in response. It essentially recreates your hands, gestures, and interactions. It makes every game feel so real you can literally reach out to touch it.

The Oculus 301-00170-01 VR gaming headset is designed with an Oculus Insight tracking system. This system automatically reflects your movement in VR. It does not need any external accessory to do so.

A guardian mode is incorporated in the design of the Oculus 301-00170-01 VR gaming headset. In this mode, you can set a virtual boundary surrounding the space within which you play. If you go past the boundary, cameras will turn on, allowing you to see where you are without taking off the headset.

This is a very useful feature in VR. It protects you from bumping into walls, furniture, or other objects. It prevents you from falling and injuring yourself. It also prevents you from crashing into someone or breaking your furniture. Your safety is guaranteed.

Oculus Quest all-in-one VR gaming headset 301-00170-01 has built-in speakers that play right beside your ears. They sound very good, louder than your phone speaker. A headphone jack is included in the headset. This is for users who want to be immersed in the game or prefer to play quietly. Earphones are not included in the box, though. You’ll have to get one from the Oculus online store.

Although your game can’t be viewed on the TV (if you have company) as is obtainable in other VRs, there is a provision for sharing your screen. Using a Chromecast or tablet, the headset can cast your screen to a TV, Ipad, or cell phone. Friends and family can view your game either together on the TV or cast directly to their individual devices. It’s super cool. The catch, though, is that they won’t get full HD images.

You know that feeling of watching a TV through a lens that’s common with VR, right? This product removes that feeling. The Oculus Quest all-in-one VR gaming headset 301-00170-01 has a very low and quite insignificant screen effect. The headset lenses are as good as your eyes. You just won’t notice them while playing.

The Oculus 301-00170-01 VR gaming headset has a fairly limited game library compared to other VR devices. It, however, contains very popular games that are not available in other VR sets. Some of the games include Superhot VR, Creed: Rise to Glory, Beat Saber, and Robo Recall. The games are only available in Demo. I know you don’t like that, but not to worry, you can easily purchase them at the Oculus store.

In this product, Oculus moves VR beyond gaming to socializing and entertainment. The device works excellently with entertainment and streaming platforms like Netflix, Amazon, and YouTube. It even has two versions of YouTube in the app.

In addition to that, you can easily mode new games, upload new tracks and music. It even allows you to add third-party developer games.

The Oculus 301-0017-01 VR gaming headset is the go-to VR set if you want to enjoy VR without the additional cost of computer hardware. The fact that it is wireless is also an added advantage.

VR Headset Can Provide a Great Escape From the Real World.

Why Does Oculus Quest 2 Advanced Virtual Reality Headset Is The Best Choice For Gaming? September 12, 2021