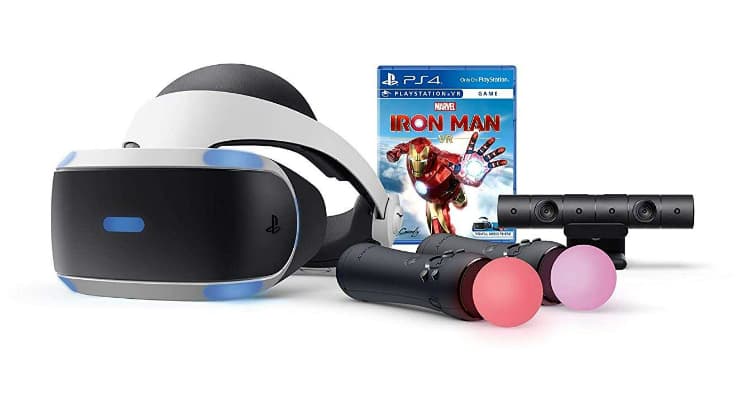 “Looking for the perfect gift for a fan of the Avengers, particularly a lover of Iron Man? Or have you been longing for an opportunity to play your favorite superhero in near reality?”

This is one chance you cannot pass. The PlayStation VR – Marvel’s Iron Man Bundle 3004152 is your chance to be one of your favorite superheroes.

This bundle does not just give you the chance to be Iron Man in full HD; you get to play the latest version of Iron Man and battle one of Iron man’s greatest enemies. Sound’s intriguing, right? There’s more.

The bundle comes with an Iron man blue-ray disc and a 3.0 demo disc. This means you can share the game with friends and family as opposed to the digital copy.

Tony Stark’s garage has also been upgraded with the latest technology to customize his aerodynamic armor and astounding abilities. It promises a mind-blowing VR experience. And it delivers on that promise. You’ll see that yourself as you ride with me. Keep reading.

With PlayStation VR 3004152, you’re not just playing Iron Man; you are Iron Man. Or let’s say Iron Man’s alter ego to be modest. Essentially, you live like Tony Stark and fight as Iron Man. That spells a time of fun and adventure, living as Iron Man on and offsuit. Some of the fun features you get to enjoy include:

Using the PlayStation move motion controllers, you get to rev up Iron Man’s rocket planes (Repulsor Jets) and dominate the skies. You experience the thrill of flying around and shooting down robots, and since you’re iron man, you have an arsenal of his epochal gears at your disposal. Imagine getting to fly around for hours without motion sickness. You should try it.

PlayStation VR 3004152 presents an original Iron Man adventure. It’s new and uniquely created for this VR set. It’s a showdown with one of Iron Man’s greatest enemies (the mysterious Ghost) in action-packed battles. The stakes are really high, and so is the thrill.

The PlayStation VR 3004152 features upgraded technology in Tony Stark’s garage. The upgrades enable you to customize Iron Man’s aerodynamic armor and unleash amazing abilities. There are options for further upgrades as you progress in the game.

NB: PlayStation VR 3004152 will not work well without the Move motion controllers. It is compatible with PS4 and PS5 consoles.

Although PlayStation has not moved to wireless tech as most anticipated, it features a fairly long cable. This cable allows you freedom of movement in a wide range. You can “fly” and turn around comfortably. You’ll have to be careful as you jump and fly, though, to avoid tangling the cable. This could cause you to trip and fall if not careful. You will need to unwrap the cables from time to time while gaming.

Designed with a custom OLED screen (as most PlayStation VRs) and smooth 120fps visuals, it ensures complete immersion in your games. The Full HD resolution makes the gaming experience very realistic.

PlayStation VR 3004152 headset follows the same pattern as other PlayStation VRs. It is designed to make the gaming experience as comfortable as possible. This enables you to the game for as long as you want without discomfort and does not leave band marks on your forehead.

It is also very adjustable. It’s a simple headband design that can be tightened and loosened at the back as necessary. This means you can easily share gaming sets with loved ones.

The amazing PlayStation VR 3D audio technology lets you point out the exact direction and distance of sounds coming to you. The bundle comes with earphones to be inserted in the earphone jack of the headset. If you’re not keen on sound (which is highly unlikely), you can just make do with your TV speaker.

PlayStation 3004152 comes with dual lenses and 3D depth sensors camera. The Camera tracks the position of the PlayStation components (the headset and PlayStation Move controller) from every angle. The Camera has to be placed on top or at the bottom of your TV to track movement accurately.

The downside to this feature is that the Camera can lose track of move controllers when they’re not in view. For example, when your body blocks controllers during a maneuver. Reflective objects in the background can also mess with controls. It is advisable to remove them from the gaming area for a great gaming experience.

Nine LEDs are positioned on the front, sides, and back of the VR headset. These LEDs are tracked by the PlayStation Camera. This ensures precise accuracy within the game world, wherever you are in the room.

PlayStation VR – Marvel’s Iron Man Bundle 3004152 might not be a grounding VR technology; it offers a whole load of thrills and excitement. If you already own a PS4 or PS5 console, this might just be the component you need for an enhanced gaming experience. 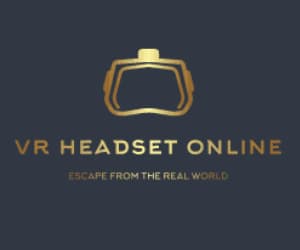 VR Headset Can Provide a Great Escape From the Real World.

Why Does Oculus Quest 2 Advanced Virtual Reality Headset Is The Best Choice For Gaming? September 12, 2021